22 replies to this topic

I was wondering if you guys that are tech savvy could give me a general idea on what a decent yet affordable gaming PC would look like (components and price). I'm hoping to be able to play WoT on PC on the higher settings comfortably. I've looked on a few sites and forums but to be quite honest, I don't understand a word the people on these things are saying so in laymen's terms please!

Give me a max desirable price and I will design you a good PC. Done it for quite a few people, give them a shopping list and they just go buy the bits and assemble it

Fuzzball, you'd need to build it yourself, saves a fortune.. But yeah Cru will price you one up.. I think he switched on a computer once so his qualified. 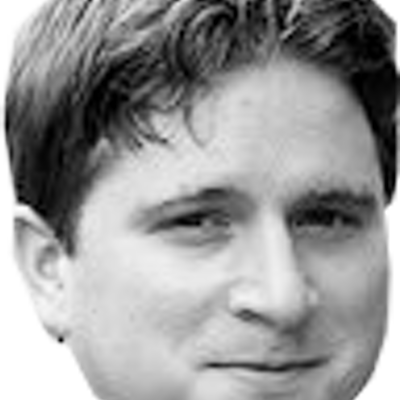 Sons of The Fallen clan leader

Wait a while, buy a Steam Box, and you have most the awesomeness of a PC except building it yourself in one package but also easy and simple for you Amish Console Peasants. Also a controller, when it's made.

Cheers for the suggestion JC but I'm not quite patient enough to wait.

I don't want anything fancy, just something that'll do.

Cheers for the suggestion JC but I'm not quite patient enough to wait.

I don't want anything fancy, just something that'll do.

That's very low but I'll do my best in the weekend (tomorrow).

I have a mouse, keyboard and screen.

It uses a HDMI through a splitter with my 360.

I want it to replace my current setup.

I use a wireless connection to my router.

Alright. Does your sound go through the HDMI to the screen or do you have speakers? Do you want more than 1 screen for PC gaming?

Sound goes through the HDMI and nah, my tv screen does fine.

Sound goes through the HDMI and nah, my tv screen does fine.

Alright, will look into it this weekend

Thank you very much boss. I appreciate it.

Thank you very much boss. I appreciate it.

Not going to get it done this weekend, the heat has made me slower at getting stuff done. Will be done across the week though

Not going to get it done this weekend, the heat has made me slower at getting stuff done. Will be done across the week though

No worries mate. You're doing me a favour so there's no time limit.

No time limit.. But hurry up!

No time limit.. But hurry up!

I'll get there eventually

Meant to say Fuzz, does your budget limit include shipping or travel? If so what town are you near so I can find you stuff locally

Nah I'm willing to pay shipping costs or go on a little adventure to pick things up.

No worries fella. Hopefully this event isn't anything too serious.

While Cru's doing things and telling you what to do, I'll give you some bits that might help sort of, though I expect to be corrected in places.

I'll start with the processor, since that's the thing that confused me the most for ages. Processors are measures in GHz - that's the speed it does things at. The higher this is, the better. Then you have the amount of cores. Usually single core, dual core or quad core. You're probably aiming at a dual or quad core - put simply, this is how many things can calculate stuff at once. More cores means more maths at once which means faster gameplay. I think.

TL;DR with processors is higher GHz and more cores = good. I can't speak about graphics cards, at all. I know nothing there, except they have their own memory for doing things with. It might be used for rendering, but I don't know.

Let's talk about RAM. This is temporary memory, basically. Saving files and shit uses the hard disk. RAM is stuff that's only kept short term, like the files loaded when booting up the PC, a program, or running a game (because that opens and closes a ton of files.) You want more of this, especially if you want things to run smoothly.

The HDD? That's just your hard disk. Y'know, the thing you save your documents, games, and all that too. Obviously higher is better.

The thing that always kills me is the processor. You want to have a processor that can handle whatever game your playing. Check the minimum requirements and find something that fits comfortably. Then keep it ventilated. I can't stress that bit enough. Keep it cool. Play with the thing in a fridge or something if you have to. I had a decent laptop for gaming, but had to downgrade recently. Why? The processor melted. No calculations means the computer can't run. Gaming laptops don't really exist properly for that reason.

For future reference, if anyone's thinking of getting a laptop to game with - don't. If you must, avoid HP. They overheat, and that kills processors.

I think that's all I can give you for now Fuzzball. make sure you get a good processor and keep it cool. Oh, and compressed air. You'll want to de-dust it eventually. Using brushes causes static electricity, which leads to dead parts.

Now I'll wait for someone to correct me on how things work.

You need your head examined - CruciasNZ

Back to Off Topic