The return you've not been waiting for!

I am restarting this train wreck so buckle up and try to enjoy while I make Cru draw near to dropping the ban hammer.

Alright so lets start this softly, I believe that there are certain things that every man, woman, child and degenerate like us should witness and experience at some point before the inevitable nuclear fire purges us all. Things like the first steps of a child, that moment when you realise how the light in a refrigerator works (I was 19 when I figured that one out) and a midget in a monkey costume being drop kicked by a wrestler into the face of another...

Alright, now that I think we've set the tone I believe we should go a little bit deeper into the rabbit hole, or in this case a china mans asshole:

If you think you've had a rough time after a curry, or are eating one right now, I strongly advise you read this article from Metro:

Mr Kao, 54, had been attempting to treat his own piles – by using a toy sword to ‘snip’ the haemhoroids.
Sadly, he slipped, and the spiky, fantasy weapon disappeared up his rear entrance.

As it turns out, this guy Kao never had piles and in fact just had an itchy arse. Still think you're having a bad day? Try shoving a three inch blade up your shitter...

Alright so now were rolling (or flying as you'll soon see) I'll leave you with this:

We have gone live!

Here it is people. We have finally gone live with the project! Please feel free to stop in, have a look, and spread the word! ^^

My Channel and Videos

Music, Violin, Lindsey Stirilng and 1 more...
Hey guys so yeah if you didnt know by now I am a violinist, I have been playing for 13 years now,I am currently going to school for music and I do like to make videos on youtube to show what I can do and if i can, brighten someones day with the music I create.
I got in to music when I was 7 years old first by listening to my inspiration for playing; Charlie Daniels, and also going to watch the Pittsburgh Symphony orchestra play.

I was drawn to the violin because I saw they got all the fun hard parts , the solos, they were the stars of the orchestra. I first heard Charlie Daniels when his song Devil Went Down to Georgia was really popular. I was very young and well I knew i wanted to play an instrument, at my local elementary school music was not big, so i was gonna play the saxophone.

Well the time came and I dont remember how or why, but my school told my parents I wasn't coordinated enough to play a musical instrument, I was crushed but I took it as a challenge and decided to rub it in their faces and play the violin, one of the hardest instruments to play.

My channel is comprised of cover songs, I play anything really, whats popular on the radio, as well as Lindsey Stirling and songs by The Piano Guys.

My time playing has rewarded me greatly, I have personally met Lindsey and The Piano Guys and formed friendships with both artists. I havent succeeded yet as a musician but I know I'm heading in the right direction: I have opened for Gaelic Storm one of my favorite bands. I have also played on stage with The Piano Guys in front of 2,000 people in August of 2013.

I believe my talent was given to me to share with others, to keep it to myself would be selfish. 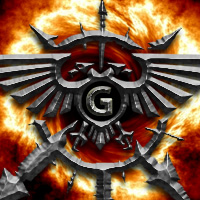 IP.Nexus is the name of the software component we use to process financial transactions on behalf of the community and it is now configured to handle Donations and Subscriptions.

Subscriptions & Premium Members
Historically we have run GWRS such that members who donate towards the running of the community got some premium features as a thank you. That tradition will be continued, except that under the 2.0 system we are able to automate the process of assigning a member 'Premium' status and also removing it when their time expires.

Summary of Premium Benefits at time of posting:

A more up-to-date list of Premium Benefits will be created before the end of January and updated to track benefits that are added and if necessary removed (eg limited time things).
You can find the Subscription package within the Store on the Navigation Menu

There are always selfless people who are willing to go just that little bit beyond the call of duty and donate without want of return; we also occasionally raise money for good causes. With Nexus configured we can now cater to them as well, it allows people to donate via multiple Donation goals that we can configure.

Right now there are the June Server fund and the Misc. Donation sections active. We will occasionally increase the automatic count of how much is donated for each goal listed to include Subscription payments; as all money that comes into GWRS goes into maintenance, then upgrades (if applicable), then prizes.

You can find the Donation Page within your Client Area, accessed from your Profile Menu (drop down menu beside Username, below the right end of the Slider)